Email ThisBlogThis!Share to TwitterShare to FacebookShare to Pinterest
Labels: 2015, tumblr


Or rather, the best books I read in 2014. I rarely get to anything the year it's released because as good as this year's stuff is, last year had good stuff and 10 years ago, etc. I also re-read a thing or two, because there's always something you miss the first time through.

I also had a chance to re-visit The Silent Treatment. It got a snazzy re-edit and a new cover. I might never be able to stop touching this book, but maybe now that I've worked out some of the major kinks (really the only serious kink was its boring beginning), I can work on getting something new released.
Posted by Unknown at 10:24 AM No comments:

From multiple places online. This is not my work. 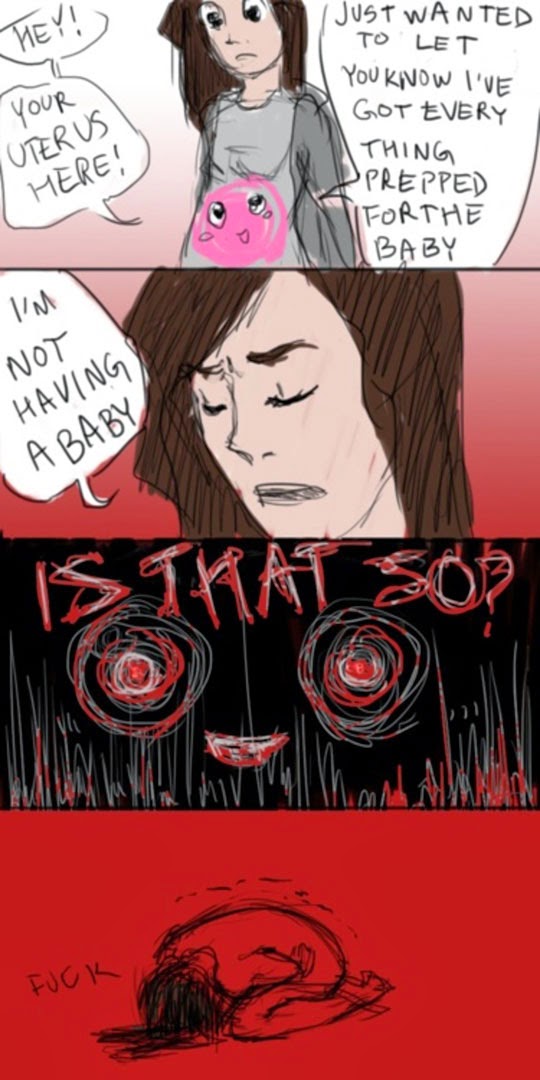 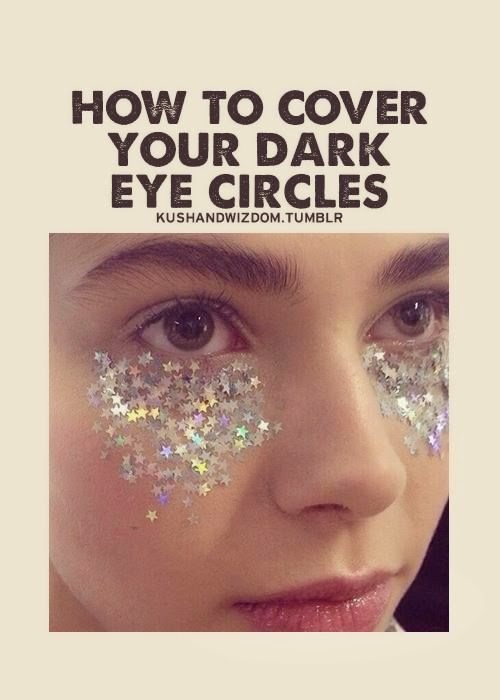 *offensive ending to this strip. Click to see the whole thing. 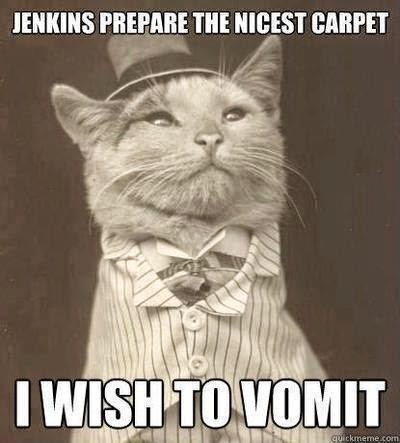 A bit pointless, this post. Hooray!
Posted by Unknown at 10:04 AM No comments:

How To Get Rid of an Earworm

Legend has it there's a song out there that will cause the listener to commit suicide. Because I'm a glutton for punishment, I listened to the song. (I know.)

It's called Gloomy Sunday, originally written in Hungarian by Rezső Seress in 1933. The idea that a song can be so emotionally gripping that someone would actually end their life because of listening to it really got my imagination going. I read about it, listened to many versions of it (because if so many people are still recording it, surely not everyone killed themselves) and found it so, so beautiful.

Here's what happened as a result of that little science experiment: I got a fucking earworm. What's the one song you never, ever want stuck in your head? The one that might kill you through repeated listens. After the third straight day of having it stuck, I thought, maybe this is how it kills you: it gets in and doesn't leave and you have to shoot yourself.

This hasn't happened severely since then. Sure, I get a song stuck in my head, but mostly it's something I like and it disappears after a few minutes.

Saturday, I went to a Christmas party and someone played Prince's Kiss a few times -- a song I generally dislike. Well, everyone at the party went nuts singing and dancing and in basic agreement that a prissy little man is sexually attractive to women.

For the next 2 days (up until this very minute), I've had that song constantly playing in my head. It's making me irritable and stabby.

So how do I get rid of it? After looking up several solutions online, these are the best ideas anyone has:

If those solutions don't work you can shoot yourself and the song will be gone forever.

I tried suggestions 1 and 3 with limited success. Because the song Kiss is like nails down a chalkboard, I was reluctant to call it up online and have yet another listen. Desperate times...


Maybe I'm still a 90's teenager at heart, but I like this song, and thought my prayers were answered that I didn't have to listen to Prince. I shut my eyes and played this video a few times thinking that's where the madness ended. 15 minutes later, though, Kiss was back. I even listened to Gloomy Sunday a few times, because even if it got stuck again, at least I find that song beautiful.

Actually, listen to this tiny girl sing it. It'll make you cry.


Now at least I've listened to enough music all day trying to shove out that damn earworm that maybe it'll perish sometime tonight.

Please add your favorite earworm-killing tactics in the comments section.
Posted by Unknown at 6:00 PM No comments:

Last year at BookCon, I caught a fleeting glimpse of Cary Elwes signing his new book (I got a better look at Grumpy Cat, though I didn't stand in line to rumple her fur). Because the convention was a study in chaos and agoraphobia, I didn't get to ruffle his glorious hair or anything. I only just got around to reading the book a few weeks ago.

Maybe it was the Kindle formatting, but some of the quotes in the book from other actors/crew seemed out of place in the narrative. Beyond that, it was quite an enjoyable read. Made me want to watch the movie again -- especially when he pointed out quirky things that happened during this scene or that one.

So I did. Really, it doesn't matter how many times a person watches The Princess Bride, it never gets old. Not to let the moment go or anything, I read the original book by William Goldman again right after that. So much of the plot and dialogue is identical to the movie, but enough is different that I forgot some passages (the Zoo of Death, anyone?). The first time I read the book, I was struck by how funny it was. This time, I felt more of the heartbreak. The lovers are separated (first by distance, then by death). But when they get back together and she faces either death or separation from her love again, she says she can live without love and leaves him.

So if it were me and the guy I loved so much said he could live without love and left with another chick to save his own life, it would hurt way too much and I would try not to think about him ever again. But instead, Westley is captured at that point, tortured, and in order to survive, he thinks of Buttercup and that gets him through (well, up to a point). Made me wonder if Buttercup was really worth what she was getting. Maybe there was little she could do, but she kind of did nothing but hope really hard she would be rescued. But the whole point of the book (and he says it several times) is that life isn't fair.

I always think I need to read a new book. I watch TV shows and movies over and over again, so why not books? They're always amazing the second (or third) time through -- always something else to be gotten from them, like they've changed since you've been away. I'm thinking maybe The Neverending Story next to keep with my 80s fantasy movie kick.

Posted by Unknown at 6:22 PM No comments:

The Morning After -- Last Call!

EDIT: It's too late.

Publishing is, in a nutshell, a bitch.

First, you pour your heart into writing something. Then you submit that piece (or a synopsis of it) to countless publishers, magazines, and agents. Most of the time you'll get a resounding "no" (or silence) for all your trouble. But then someone says yes. And it's glorious. Your story goes into print, nobody, but nobody buys it, and it goes out of print.

So is the fate of The Morning After. Got some great reviews, but ::raspberry:: 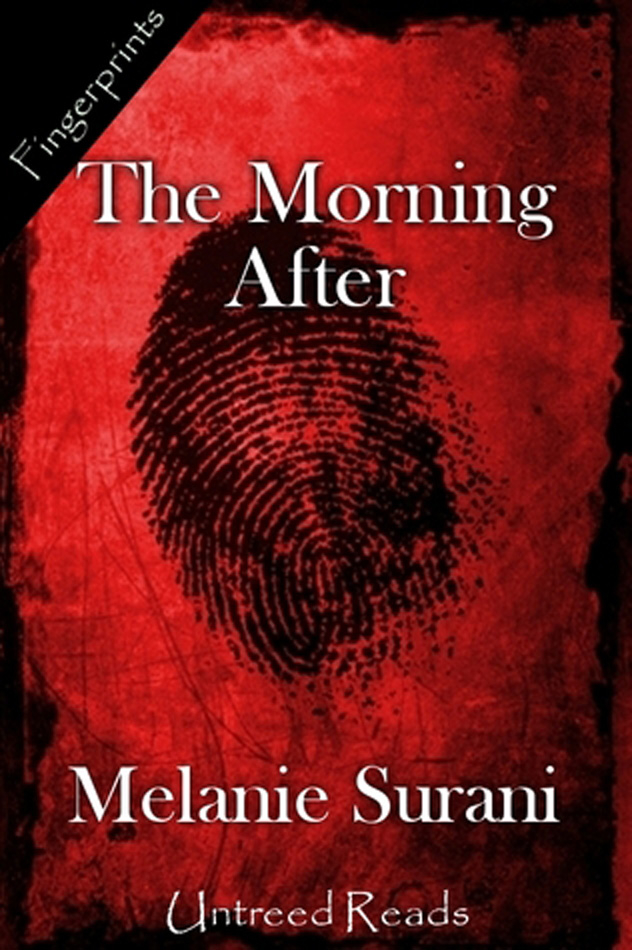 December is the last month it will be available for sale. After that, I'm not sure what I'll do with it. I could send it to another magazine/small publisher and hope for better results (including that they don't go out of business, like has happened with 2 of my other publications), or I can publish it myself.

So anyway. Head to Untreed Reads and pick it up for 50¢ (if you like spending more, go to any other ebook retailer and pay 99¢. Either way, I get the same fraction of a dollar as compensation.)
Posted by Unknown at 3:30 PM No comments:

Email ThisBlogThis!Share to TwitterShare to FacebookShare to Pinterest
Labels: publishing, The Morning After, writing

New Avenues (and a Chapter 1)


Giving Wattpad a try. If you like eyestrain but hate paying for books, my novel is there (and above in the widget)!
For those of you who enjoy a file they can put on their Kindle (or other device), head on over to Smashwords and pick up a copy. Paperback coming soon.

Now, I realize to get good sales, I've got to shove this thing down your collective throats. I did that in the past and honestly, it got me nowhere. Expect the occasional "buy my book!" tweet, but I can't be a 24/7 commercial.

A lot of love has gone into The Silent Treatment. As some of you know, it was available previously, and then mysteriously out of print. An author can never really leave well enough alone with her own work, so I re-edited the whole thing (including a new first chapter), and gave it a shiny new cover.

During the re-edit, I realized how much I love this story. It's not just the silent film angle, it's the budding romance and the family angst. I've also realized that I probably couldn't write southern dialogue today like I did back then. I was amazed at how little the characters cussed (compared to the still-unpublished Awake, which is much more New York in its vocabulary), which is pretty typical of that region.

Anyway, I'm hoping those of you who thought the beginning of the novel wasn't quite gripping enough will give it another shot. Recommend it to your friends if you like it -- word of mouth is everything to an indie author. Write a review if you can be bothered.

And here's a nice closeup of the new cover. A lot of anguish went into its creation, but I'm certain I've got something good. 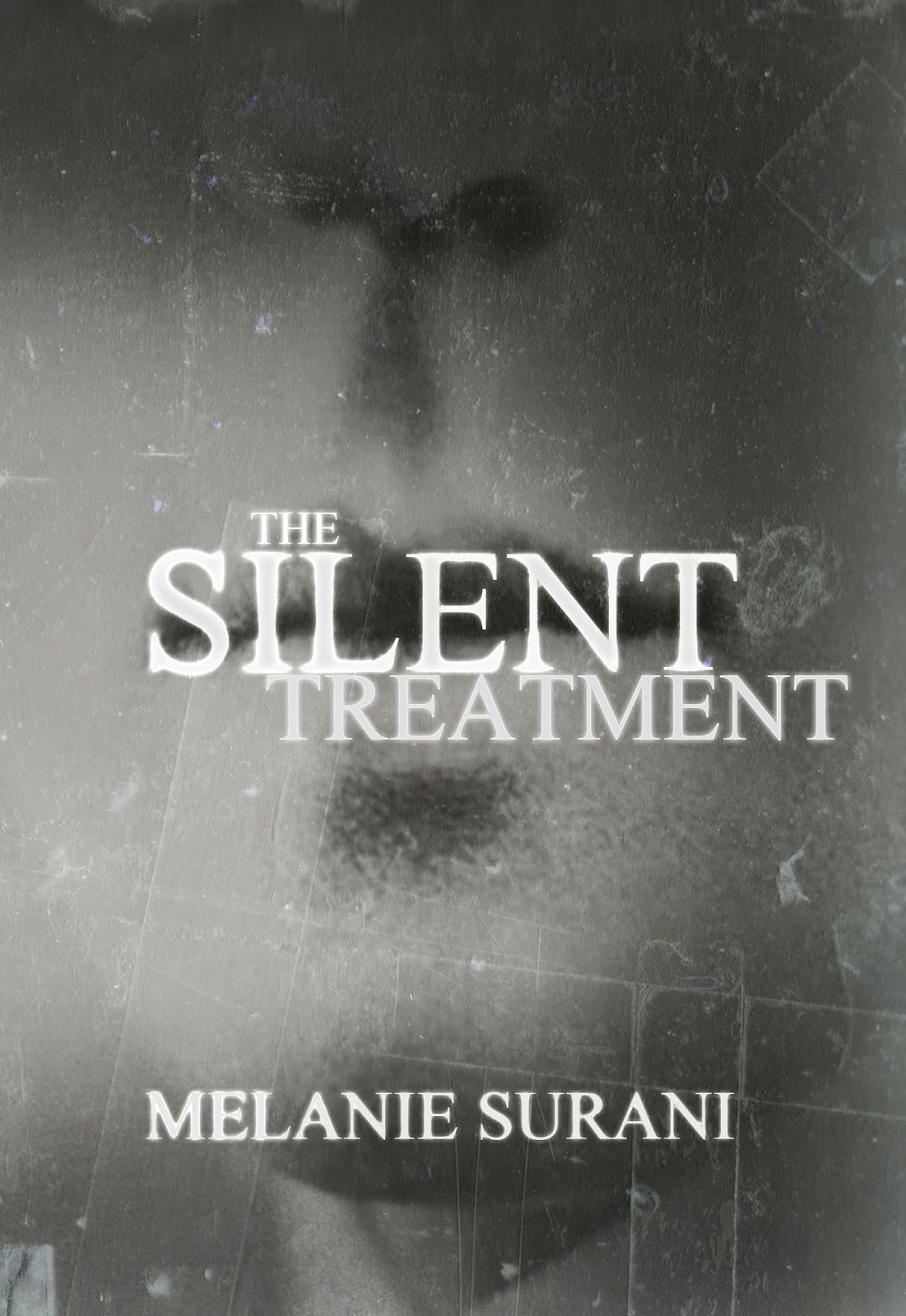 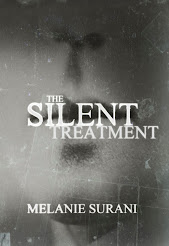 Katrina Jaitley doesn't expect to find a piece of forgotten movie history during a bout of retail therapy. After watching the coil of film found tucked inside her purchase, she's shocked to witness the brutal murder of a famous 1920's star by a fellow actor. 80-year-old mystery aside, someone will stop at nothing to get the film away from her and silence what she's discovered.